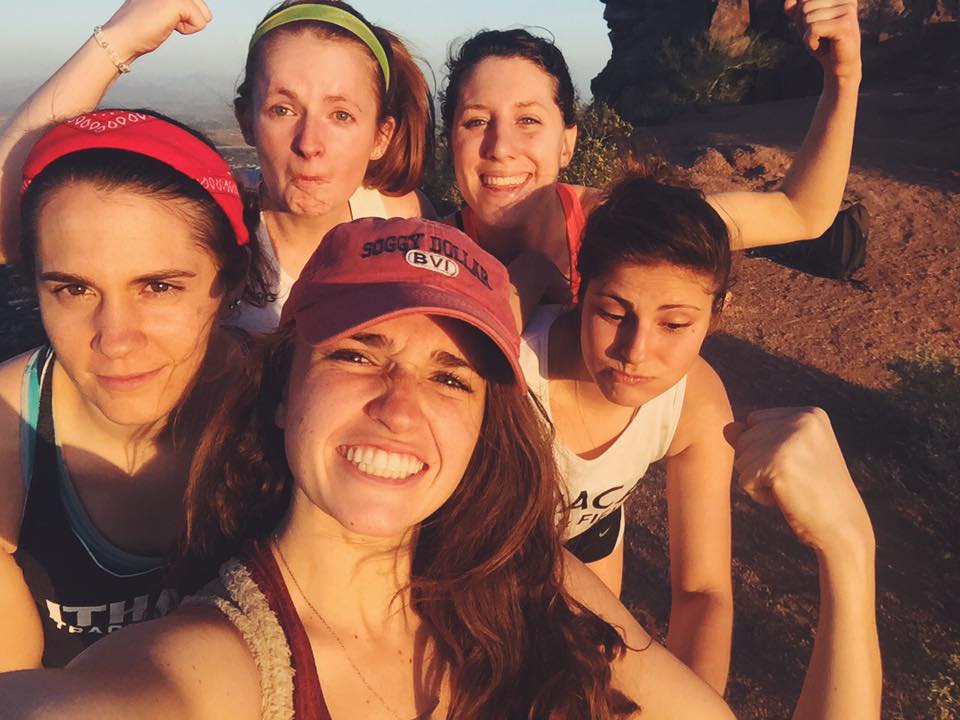 Onwards and Upwards and Slightly Backwards

Hello dear, patient blog readers. One month later, I’m back on the blog scene, slightly guilty and highly motivated. I have many goals for 2017, some loftier than others. Though I may never be able to survive a week without sugar (new record-a day and half) I am determined to make the most of this blog, a project that has injected meaning into the muddled musings of my mind. Blogging keeps my memories alive but it also lets me tell a story. Everyone loves a good story just as every storyteller loves a warm and receptive audience so let me thank all of you for joining me on this journey. I’ve been trying to think of a creative way to thank  you but with all the uncertainty that makes my life interesting, confusing, and just plain exhausting, one thing has always been clear and simple. I am so very lucky to have a readership as rare and perfect as yours.

I last left you on a secluded and eternally sunny beach in Split with a Marquez original and a crop of eccentric characters to keep you company. As much as I hate to drag you away from that plush, cozy paradise, we are chapters behind and stuck on the wrong side of the ocean. So much changes in one short month, doesn’t it?

After heavenly Split came lovely Ljubliana, the charming, eco-friendly capital of Slovenia. Ljubliana, which translates to “loved one” in Slovenian, wasn’t originally on my ever-changing docket but a well-traveled Singaporean I met in Split convinced me that I would be remiss to pass up this important part of Slovenia.

He was right-strangers abroad are almost always right. Ljubliana was clean, festive, amassed with intriguing doors and wholesome people.  I spent most of my days in Ljubliana walking around and around old town, frequenting fruit markets and coffee shops. However, early December in Ljubliana is characterized by gorgeous, crazy-creative light displays that jump start the holiday season in the coolest way possible. It’s not often you get to say the entire galaxy was within touching distance. What an unexpected marvel Ljubliana was.

After the loved one came the beloved Lake Bled, one of Slovenia’s most popular tourist destinations. Bled is crawling with tourists in summer but during the winter months,everything is quiet, pensive, sparsely populated. There weren’t many people around to share in the adventure with. Instead, there were swans and serenity aplenty rippling through the photogenic lake and it’s church-adorned island. Like everyone else who comes here, I took a row boat to the lake’s island where a beautiful church, small cafe, and ninety-nine stone steps reside. You pay for every part of the island, not surprisingly, but it was worth the money. Bled was a lulling lead in to the final week of my three-month stint abroad.

The last stop on this marvelous adventure (ahhhhh!) was the land of a thousand Christmas markets. Vienna is beautiful during Christmas time and expensive all year-round, but I saved a pretty penny and gained the perfect end to my trip by staying with our old family friends, the Folkers. The Folkers were friends of ours in Singapore who were more than welcoming on a last minute’s notice. They fed me British biscuits, took me around the gorgeous Christmas markets, and gave me assurance that authentic friendship passes the test of time with flying colors. Thirteen years later, everything felt much the same. That being said, I still can’t believe that their lovely daughter India, who was toddler at the time we left Singapore, is now sixteen! Reunions can make even a twenty-something feel old.

It feels good to be home  and surrounded by family and friends but the traveling bug has only grown. So much to see, to experience, to write about…and so much money to make and save before grand adventure two commences (sorry for all the grievances Bank of America.)

For now, I can be patient and reflect instead on why I went on this trip in the first place because for me, the beginning of the story is always the best part. Middles are messy and ends are expected but beginnings are the spectacular somethings spritzing and polishing that invaluable life of yours.

2016 has been one hell of a year for me. I graduated college,

capped of my competitive track career, which started yonks ago, with one last relay,

took a road trip to Arizona with my best friends,

started a blog, and fled to Europe.

Those were the highs, there were, of course, some lows but the most characterizing moments of 2016 were the moments in-between.

2016 was the year I took a drawing class, a challenge for someone like me who can find artistry in words but has no idea how to draw nude models proportionately. It was a semester of charcoal-smudged struggles but when I compare my first drawing to my last, I see immense improvement, a growth of passion and appreciation.

2016 was the year I found a strand of hair in my shower that looked like Salvador Dali. A poem soon ensued followed by many rewrites. This year, I think I’ll have enough courage to submit it somewhere, anywhere.

And 2016 was the year I got a very polite rejection email from a job I had been applying to for several months. I made it to the final round of interviews, all via Skype, only to get the formal let down.

That email is the defining moment of 2016. Weird, I know, but it’s always the little mechanisms of moments that keep the whole machine running.

I took that email as a sign that I was meant to be abroad. Rejection turned to sweet reward the moment I flew out of Boston, the place I was hoping to land my first job.

It seems a lot of things in my life work out that way. I chose Ithaca only after I didn’t get into my top two schools. Four years later, I can’t imagine a more perfect place I could have gone to college.

I became a writing major only after I struggled through a year of pre-med, barely passing anatomy and biology. After a semester of cat dissection (I don’t want to talk about it), I found reason, and more importantly, courage to pursue what I was truly passionate about.

The most beautiful part of 2016 is that I failed and found opportunity because of it. I now find myself in a familiar position of uncertainty. I’m not sure what’s next on the docket but the one thing I do know, the most important thing to know right now, is that failure has always been a good friend to me.

I don’t excel at everything I do but I do find purpose in everything I do. I’m brave enough now to face every beginning, whether it gleams or sighs, congratulates or softly rejects.

Messy middles, expected endings, cramped planes, and twinkling galaxies-it’s all part of the fun, isn’t it?

So greet failure like an old friend, I promise you he won’t let you down.

Sending You Off To A Spectacular Something,