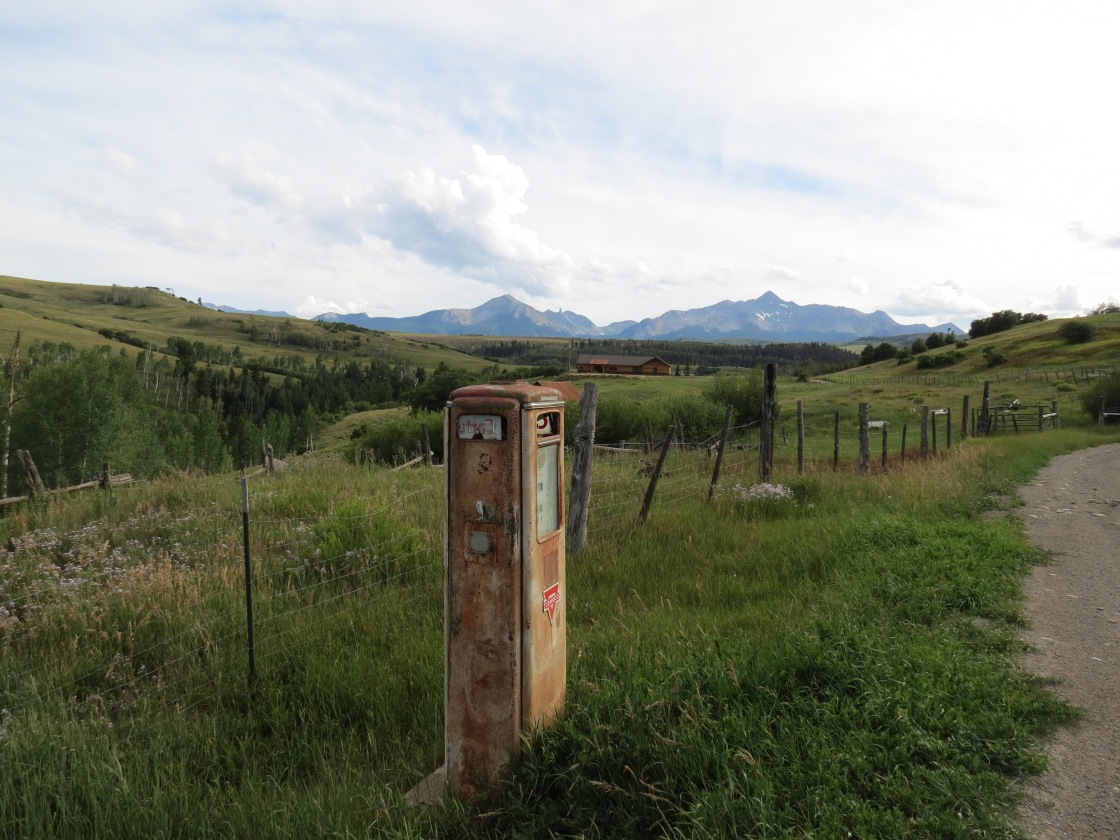 Chapter 2: From Albuquerque to (Almost) Denver

David Nighteagle  tugs at a thin barrel as he taps his foot against dust and shale. I’m expecting him to pull an antique rifle out of that mysterious bag slung across his shoulder, especially since part of the tour group is hiding in the restricted area, again. But instead, Ranger Nighteagle turns a cherry wood flute between his slender fingers.

While our mouths are still agape, Ranger Nighteagle plays the primitive and beautiful instrument as he stands at the edge of a cliff and on top of someone’s house. There are no barriers to his wandering melody. Everyone is listening now.

Mesa Verde is an ancient yet indestructible tome of stories,carved into rocks, housed in cliff-dwellings, threaded into the unraveling melodies of David Nighteagle’s flute.

It’s the perfect place to start part II of this story.

Despite being neighbors, New Mexico and Colorado have little in common. Driving across the border, desert quickly gave way to alpine paradise. Mountains sprouted lush, green hair. Roads became precarious and gorgeous. My introduction to Colorado was mountainous and magnificent. 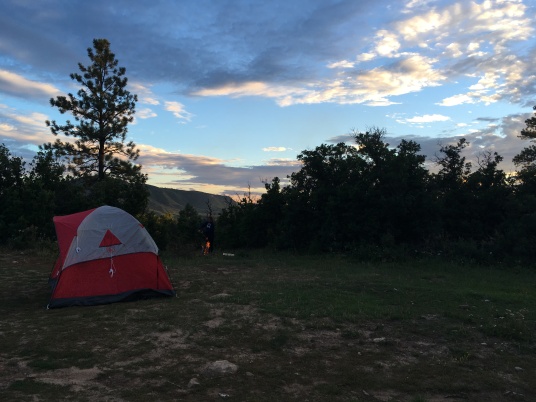 On our first night in the mile-high state, Rachelle and I camped an hour outside of the ever-mysterious Mesa Verde (Rachelle did the planning, I followed along). Our campsite was tucked in a small clearing connected to the highway by a long, bumpy, pot-hole infested road. Actually, I think the monstrous pot-holes could be classified as bottomless ditches. Rachelle’s Honda Civic took quite the beating but as always, it made it through.

Camping in Colorado was simply luxurious, mostly because we got to have campfires and, in turn, s’mores!! Rachelle, a dragon-in-disguise, impressed all (the barren woods and I) with her ability to start roaring fires with damp wood and scraps of international newspaper from my trip abroad. It’s always best to camp with friends who would make great arsonists.

We were feeling ambitious in the morning and did a mini hill workout before leaving our campsite. Turns out elevation training really is a thing–a hard, lungs-screaming-for- more-oxygen, legs-shaking-and-cursing-up-a-storm kind of thing. It was an intense start to the morning but by the time we got to Mesa Verde, we were alert and ready for some more relaxed exploration.

In Mesa Verde, we discovered a new kind of intensity. The national park, which came to be in 1906 under the presidency of great conservationist Theodore Roosevelt, nudged us along a fascinating piece of history.

Close to a thousand years ago, the Pueblo People who populated the area carved impressive dwellings into the cliffs of Mesa Verde. These innovative homes, fit with porches, living rooms, and food storage for the winter, are still largely intact.

We spent the entire day walking through people’s houses. First, we toured the “Balcony House” with Lakota ranger David Nighteagle. For a mere ten dollars, we got to climb up ladders and slither through tunnels that led to beautiful dwellings on the edge of a large cliff. It’s truly incredible how history can immortalize itself, especially in Mesa Verde. Important stories, the ones that informed ancestors and ageless mother nature implore us to listen to, will always find a way to survive, even if they’re perched on the edge of precarious cliffs.

After exploring the cliff village with Ranger Nighteagle, a man appropriately named after the wise and vigilant owl, we found a trail that led us directly to some unique vistas and amazing petroglyphs carved into the rock.

Simply put, the cliff-dwelling Pueblos of Mesa Verde were a cool and impressive bunch of people who gain more life and power with every passing day in one of Colorado’s most beloved parks.

After a parking lot meal of pesto pasta (it was actually incredibly satisfying) we ventured back to our campsite for a second round of s’mores. The sun slipped behind the mountains, the campfire danced the tango with the swelling night breeze as we slept like the rocks in Mesa Verde do: perfectly at peace knowing that someone somewhere cares about the many stories we have to tell.

From Mesa Verde we ventured onto Telluride, a mountain town that puts Aspen to shame. In Telluride, prices were more accessible, people were friendlier, and the mountains beckoned us from every direction with their highly magnetized call. 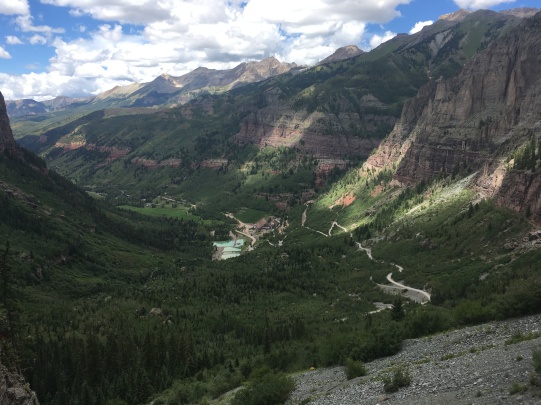 We pitched our tent above a shimmering valley, a common and irresistible feature in Telluride. The views from the peaks surrounding tiny Telluride were simply gorgeous and the ice cream sundaes, while expensive, were a welcomed indulgence, especially in preparation for Mount Elbert.

Mount Elbert, measuring in at 14,439ft, is the highest peak in Colorado. Elbert’s peak is cloaked in snow throughout most of August; the air is thin, the wind abrasive and unpredictable. Every guide, trip advisor review, and Colorado native suggests reaching the summit before noon in order to avoid getting caught in life-threatening storms. The journey to the top is classified as tough, intense, cold, and generally not fun.

So naturally, we just had to climb it.

We were lucky enough to find free camping right next to the base of Elbert the night before. It was dark and cold before we were finished setting up and our dinner of crunchy rice and spinach (turns out slow-cook rice cooks very differently from the instant kind) was by camp-stove light. We slept in coats and snow pants, both wondering in our own silent and meditative ways just exactly what we had gotten ourselves into.

We were on the trail by 5:30am the next morning, freezing and excited. Neither of us had ever hiked a 14’er before and we were certain it would be an experience we would never forget. 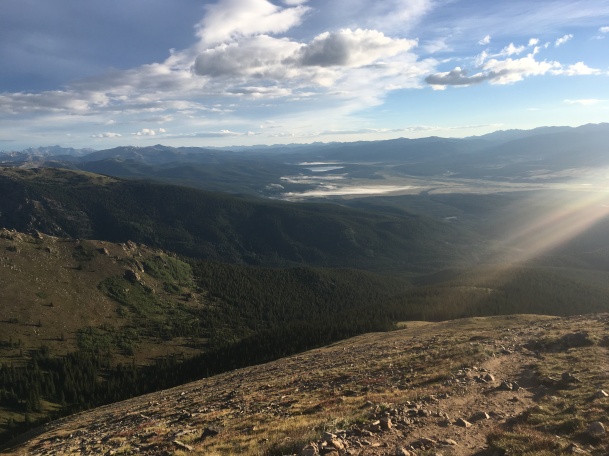 The first hour, our flashlights led us through the gently sloping woods. Everything was soft and quiet; it’s the anticipatory silence that pushes you to the top of Elbert, regardless of how tired or fed up you are.

The grade of the trail grew steeper just as we neared the edge of the treeline. I nibbled on my Cliff Bar while the sweat started to tickle the underside of my coat. The sun took its post in the sky along with a veil of fog as the wind cycled through one growth spurt after the other. We had passed a few people in the dark but now, in the blurry light, we were alone. It wasn’t until we got out of the woods that the real fun of false summits, numb fingers, and gobsmacking views began. 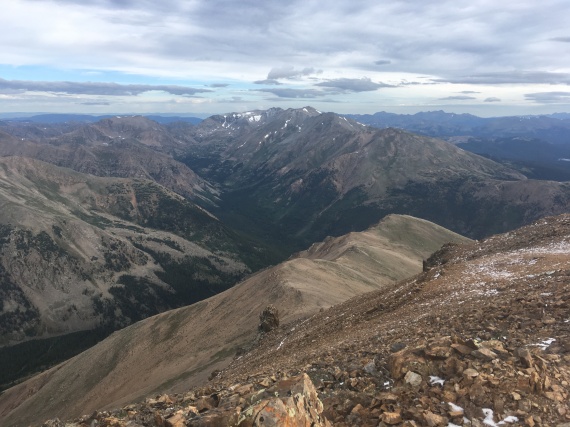 Chatter gave way to silence, flushed skin turned numb. Soon enough, we were wearing socks on our hands, unprepared for winter in August.

Everything you read about Elbert is true. Regardless of your fitness level or positive outlook, it’s a difficult and testing climb. I think Rachelle and I both doubted whether we could finish it, especially when one false summit became two. But we didn’t dare stop, knowing that if we sat down we would probably not get up.

On the last stretch to the top, we trailed behind a fast-moving red dot. He was quicker and lighter on his feet; a career climber seemingly unphased by the many challenges of a Colorado 14’er. But when we got to the top before 9am, before the crowds, before the wind completely consumed the peak, we were pretty chuffed with ourselves. 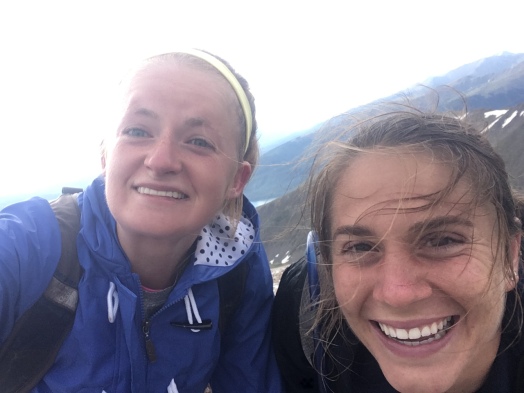 The red dot was all smiles and chatter. We admired his grit and positivity but as the flag signifying the top took a very public beating, we decided to keep our time on the summit brief. Elbert isn’t exactly a place for picnic lunches.

The views speak for themselves and as we trailed down the summit towards the tree-guarded woods, the beauty that encapsulated us renewed my spirit. Nature may be an unforgiving, testy hostess sometimes but if you let her, she’ll punch life back into your soul and remind you of your inner strength in the most incredible of ways.

When we reached our car, which never looked so beautiful, we chucked our hiking boots off and melted into the welcoming seats. We were exhausted, ravenous, ecstatic, and ready for a long and pensive ride towards Aspen. 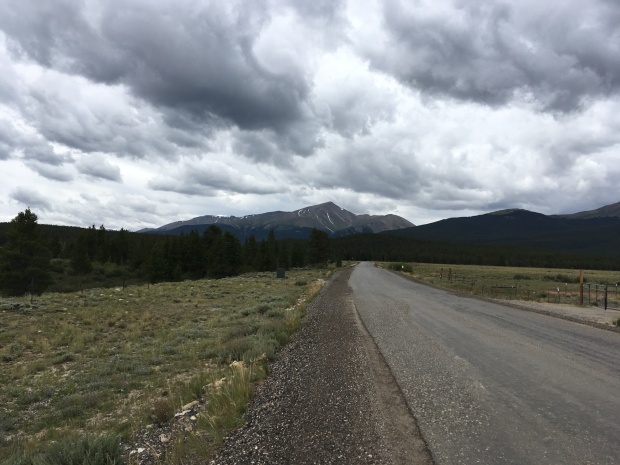 Aspen was a very pristine and well-maintained town but perhaps not the best place to visit since we hadn’t had a proper shower for eight days at that point. People stared us down, mothers pulled their children close (unfortunately, this is not much of an exaggeration). We definitely stuck out like sore, muddy thumbs but our Bulgarian coachsurfing host, whom we met at a Mexican restaurant while he munched on some fried, chili-coated crickets, didn’t seem to mind.

Alex the Bulgarian was a kind and enthusiastic host. He was also  chatty and didn’t quite understand that post 14’er, all you want to do is sleep. Coachsurfing is a great and inexpensive way to meet true members of the community you are visiting but if you’re hoping to indulge your exhaustion and catch an early night, stick to a cheap hotel (of which there are probably none in Aspen)!

We were quite happy to leave intimidating Aspen and drive on to Boulder, where two of our wonderful friends from college live. First, we went looking for our friend Brendan and were mistaken for delivery girls in the process. After knocking on five different doors with our paper bag of snacks in hand, we found his apartment.

After a week of stove top oatmeal, tents, strenuous hikes, and neverending drives, it was such a treat to catch-up with an old friend over kale smoothies and Costa Rican coffee (Brendan has done a fair bit of international travel). Merging the past with the present over a table bought from Craigslist is what budget road trips are all about.

Our last stop in Boulder, after taking a brief detour to exquisite Rocky Mountain National Park where we romped around with the wild buffalo, was at Hanny Banany McWrighty’s house (not the name she was born with but the way we know her best). Spending time with our newly-engaged friend who has run many  grueling cross-country and track races with us was a blissful end to a grand adventure

From Boulder we drove to Brighton (just outside of Denver) were I bid adieu to the best road trip companion a girl could ever ask for and completed a two-week workaway stint with a puppy-breeder. From there, I reunited with Rachelle and my other college friends for a fantastic alumni weekend in Ithaca.

And after three months of traveling both internationally and domestically, I finally went home.

There’s so much more to write about, gush about, wonder about, laugh about but my word count is telling me it’s about time to wrap it up.

So I leave you with this simple piece of advice: drive on. Drive on and on into the iridescent and irresistable unknown because the shortness of life is best celebrated with a long and winding drive up the boulder-bordered switchbacks, down the rouge-dusted highways, through the tentative rain and theatrical sun. 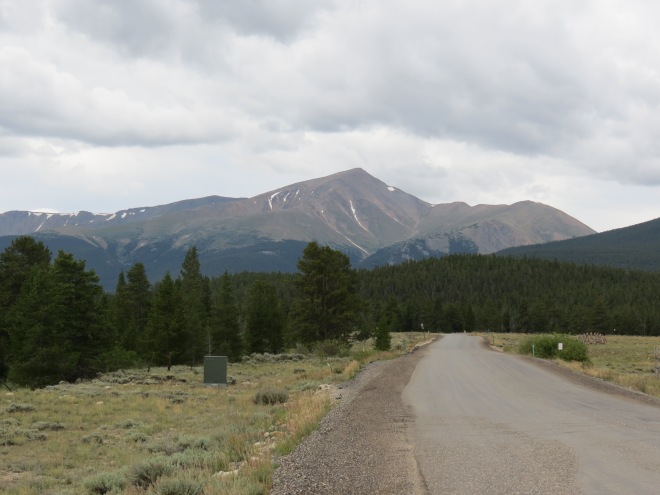 On and on we drive.

On and on we reflect, recycle, reinvent, and remember;

Something spectacular lies ahead.